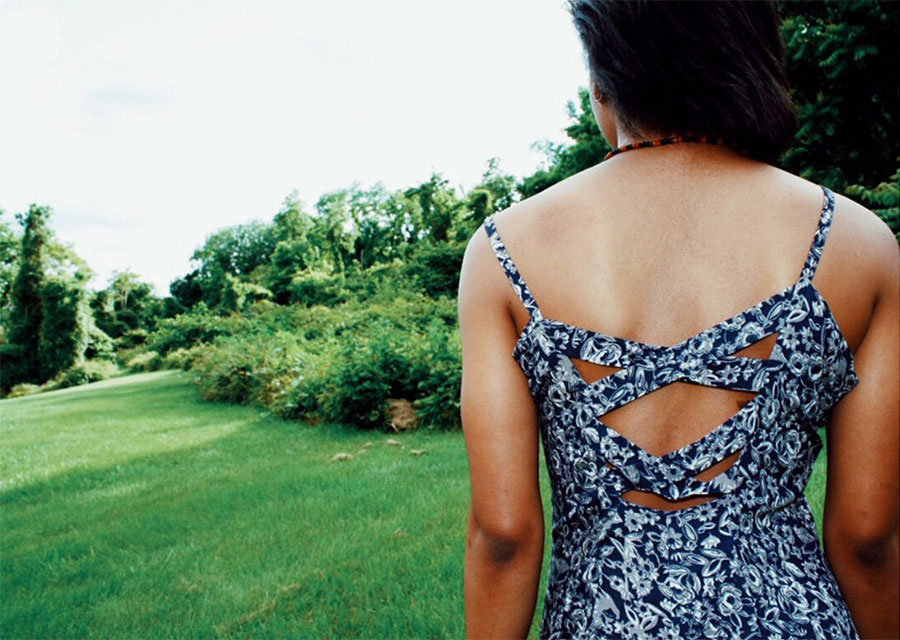 One time a bad boyfriend saved my life

There was a time in my late teens when drugs were all around me. All drugs. Any drug you can think of. Someone was snorting it, inhaling it, swallowing it, smoking it, or shooting it. In my presence. But, I was an observer. I took no part in it. What happened to my friends did not look fun. They were sometimes angry and said and did horrible things to people they claimed to love. They had hallucinations that locked them in rooms for days. They engaged in dangerous behavior. They died.

In my twenties, I worked my way through school at several restaurants in D.C. Hostessing, waiting tables, and serving drinks. I used to work graveyard shifts at a popular 24-hour diner. On my breaks, I would spark up conversations with the regulars. Sometimes my friendly chats were mistaken for romantic interest. For the most part, I said no to the advances. But, when I met Jose, “no” vanished from my vocabulary. He was tall and lanky with a beautiful smile and the smoothest cocoa buttery skin. He was a bartender and DJ, which for me equaled ultimate cool. We would talk for hours about all types of music. He was sweet and romantic, once snipping off one of his locs for me to have. He would go home with me as the sun came up. We would have sex, smoke cigarettes, and watch TV.

One morning, I went into his bag and found a huge stash of coke. He asked if I wanted to try some. Since “no” had left my vocabulary, I watched Jose cut my lines. It was my turn. Here goes nothing. The taste of cleaning fluid dripped on my tongue. It was unexpected. I waited for a sign that I was high. Like in the movies, I thought I would be instantly jolted into addiction, drop out of school, and start robbing houses. But no, after a little while, this warm calm came over me. I was happy. Happier than I had ever been in my life. More contented than I had ever felt. I felt strong and confident and beautiful. I loved how I felt; I loved drugs.

I walked outside and the summer air kissed my face like the greatest lover. Like it loved me the most. I closed my eyes and kissed it back. I loved how I felt on drugs. Then, as it wore off, I became afraid. The love was going away. The air stopped kissing me, and all I wanted was to be back on my cloud. I wanted more coke. Jose gave me more with this little snorting apparatus called a One Hit. I soon learned why Jose always had so much coke. He was a dealer and worked all the bars and clubs along 18th Street. Those late nights, when I would see him in the diner, were often nights he was sampling and selling in the bathrooms. Meeting me was a benefit of the job.

Weeks had gone by, and I decided to be sober at work one night. I didn’t want my high to affect my money or judgment. But I hated being sober. I missed my cloud. Missed my romance with the air. Then Jose came in, belligerent and covered in blood. I didn’t know if it was his blood all over him or someone else’s. He didn’t know what happened. He could barely walk or form a sentence.

This was my boyfriend — this sloppy mess of a man. I took Jose home. I undressed him. I washed his bloody clothes. I gave him a bath. I dumped the rest of my coke and threw my One Hit in the trash. I broke up with Jose. I knew loving drugs as much as I did might have me end up like him one day. Because anything that felt that good was bound to be over-consumed. Used up until it created the greatest tragedy.

So, I still love drugs. I love them for showing me who I could be on drugs, time and time again. And like a good therapist, anything capable of making you see yourself is the greatest love of all.

On drugs, I was free to kiss the air and not care that my feet were off the ground. Floating, I was free of stress and worry and responsibility — the latter being a painful, dirty word in my early twenties. In reality, I had an apartment, a job, and college classes to attend. I was accountable for maintaining my home, showing up for work, and getting my degree. This responsibility came long before drugs, and I was smart enough to stay responsible long after, responsible for myself.

I haven’t done coke since that time in my twenties, and I don’t surround myself with people who do. I have a new set of responsibilities: a house, a child, and my career. I’ve built up a lifetime of experiences that have surpassed the euphoria of drugs, with my feet planted firmly, humbly on the ground.