The Miracle of Delight
by Jason Reuven Kropsky 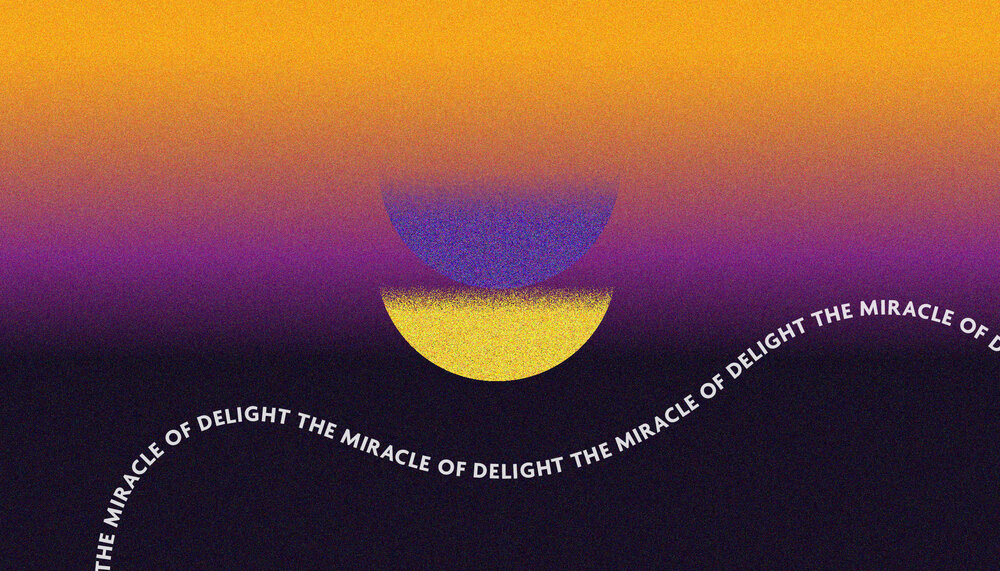 My curmudgeonly tendencies often go into uber-drive in winter without minimal gratification. Is it possible to be delighted, almost mesmerized, by a red carton containing scoops and scoops of my favorite chocolate peanut butter dessert, Oregon’s very own Umpqua ice cream, and not feel as though the burden of guilt—maybe the most wasted emotion of all—has flipped into hyper gear?

The metaphysical questions surrounding existence, even in a pandemic, reminds me of that famed 17th-century adage by French cartesian Rene Descartes: “I eat ice cream, therefore I am.”

Yet, in every other aspect of my humdrum relationship to food, I place eating way low on the hierarchy of needs, certainly below sleep and sex.

I should tell you that Umpqua was not my first love. I get upset about what happened with my last scorned affair with that other most creamy ice cream. Tillamook, from another verdant valley in a state more famous for its high density of cannabis dispensaries and vegan strip clubs around the I-5 corridor stretching from Eugene to Portland. That smooth, partially solid foam, which at temperatures below 35° F is near orgasmic, stirs the beast within.

Even if some of the best-tasting cows you’ll ever meet, squeezed from the most delectable udders this side of the Mississippi, have found their way into Tillamook and Umpqua cartons, I still possess the unique capacity of griping like casting call for The Entitled American. Before I kvetch without guardrails, a little background on these Oregon pioneers:

Founded in 1909, The Tillamook County Creamery Association (TCCA), a dairy cooperative headquartered two miles north of the 101, near Oregon’s coastal highway where Mouth, Data, Mikey, and Chunk escaped the wrath of Mamma Fratelli and her boys in Richard Donner’s eighties classic The Goonies, Tillamook is the 48th largest dairy processor in the country, employing 900 Oregonians.

Although once saddled by controversies stemming from its use of bovine growth hormones to increase milk production, Tillamook became the first major dairy brand in the United States to reject biotech giant Monsanto’s pressure campaign against halting genetically engineered alchemy. Tillamook voted to require its dairy suppliers to phase out the use of such ingredients in lieu of au natural goodness.

Frankensteinian ice cream, as bioethicists might say, was an udder disappointment!

On the other hand, Umpqua, the brainchild of Ormand Feldkamp and Herb Sullivan, has managed to sail beneath the radar. A family-owned entity that began in 1931 with $500 in savings, Umpqua’s located a few hundred miles south and inland of the Tillamook Valley. A bit smaller than its more well-heeled brand competitor to the north, Umpqua started out in a modest wooden ice house by the Roseburg railroad tracks with a delivery system that looked more like a Bonnie & Clyde getaway car, a 1929 Hudson roadster, than the fleet of trucks now used to transport heaven’s milky delight. Having repeatedly won North American production excellence awards for its ice cream, I think it’s high time the Norwegians include these junk food wizards for either a Nobel Peace Prize or Nobel Chemistry Prize (or both).

Although Tillamook’s marionberry pie was my first experience getting especially down & dirty with a cardboard container, it bears repeating that this wasn’t my first rodeo with a treat that stabilized my blood sugar. More pointedly, when contemplating the joys of a cold tongue that’s managed to keep my psychological angst at bay during some of the darkest and dreariest Pacific Northwest winters, I can’t help but think that without this saving grace, I might have easily ended up pursuing more harmful vices.

A reality TV presidency and a round of cardiac surgeries had left me in need of some serious healing. Howard Beale’s famous cry in the film Network—“I’m sick and tired, and I’m not gonna’ take it anymore”—is the anthem for these divided times. Capitol Hill conspiratorialists decked out in fur and war paint are not only anti-constitutionalist, but I am confident belong to a fifth column anti-ice cream domestic terrorist operation.

More than ever, I’m convinced that peace on earth can be picked up curbside.

Now to the crux of my meandering thesis about the prickly misgivings of an ordinary joe contemplating the Mount Everest of frozen delight:

What happened with Tillamook, my scorned love, is informed by one of the most disheartening experiences I ever had. A customer service representative that could not for the life of her understand why a crank like me would call her company complaining about what others might call the gift of the gods was the catalyst behind my hundred and eighty-degree turn that saw Feldkamp’s and Sullivan’s brainchild become the new gastrointestinal holy grail.

As with Ron Wyden’s and Jeff Merkley’s local U.S. Senate offices in Medford and Eugene, Oregon, I can be very abrupt when I don’t think policy conforms with the dictates of reason. From a culinary perspective, I was positive this smarmy employee was giving me guff. Had she even tasted this golden ticket?

In demanding more graham cracker chunks nestled in mounds of the purest vanilla and freshest marionberries, I thought I’d receive an affirmative answer, empathetic as far as the pleasure train is concerned. Pacing the checkered floor of my friend’s cramped kitchen on a scorching City of Roses Summer afternoon just made for cream-dom, I was itching for a fight. During the hotbed of clashes between antisemitic Proud Boys and Antifa rabble-rousers, I couldn’t believe the chutzpah! I’d just escaped rural Oregon where confederate flags abound and Portland is the moon, and this lady hadn’t a dollop of sympathy for the gravity of my position. Instead, she patronized me about “being happy to get my feedback,” her smirking tone directed towards my entitled sweet tooth.

“I mean, have you put your desires into perspective?” she intoned.

“Is this realistic? We’re happy to hear you out, but maybe your expectations are too high.”

“What makes for delight if not the crank’s complaint?” I joked.

“We’re open to comments, of course, but I’ve never—” she trails off and suppresses a fit of giggling.

“C’mon, all I’m asking is that there be more graham crackers in your otherwise sublime recipe.”

Instigating an imaginary war of words about the yummy that goes down the gullet of my deep pleasure canyon, my tongue was otherwise paralyzed. Sullen like a baby that needs his cold bottle—in this case, tub!— filled with milky deliciousness, I realized that the conversation was going nowhere. I tripped the switch, hung up, stewed, and decided there and then what to do about this great crucible.

Northwest winters are long buckets of rain, and I’ve recently finalized relocation north to Seattle, Washington. With the move, I’ll be even further from the treasure trove of Oregon’s supermarket aisles. Further even from the unhurried parking lots where the good people of the few regional chains in Curry County (population 25,000) have been kind enough to shlep sweet contraband out to my trunk.

Accounting for the fact that Tillamook employees—the special inventors of this otherwise delectable concoction—are front line workers, there’s good reason to censor lingering distrust for those colluding in the production of chunk-less marionberry ice cream. Should ice cream habits born of discriminating taste go the way of selfishness, certainly a bad look on the open market, but clearly bad for karma? Might now not be the time to let up on what I’ve always been told might be too much pleasure for pleasure’s sake?

Determined to craft further missives to ice cream companies that deviate from what I believe to be an effrontery to sound judgment, I hold in reserve future claims against those who work to create this sweet, billowy treat, given the state of the world and the spiritual task of forgiving those who trespass. The contemporary battle over corporate liability during a public health emergency certainly dims delight. Sending frontline workers to the equivalent of the Verdun trenches, all to make a $3-7 half/gallon sugary injection that placates my ornery nature, requires circumscribed gratification. Still, to budge on this cultivar of blackberry and spice derived from the orchids of the genus vanilla! Never!

Graham crackers remain the perfect compliment to marionberry. Throwing five or six chunks into a half-gallon carton is a big fuck you to the ice cream gods. After four straight years of habitual lying from a Commander-in-Chief the equivalent of stale pumpkin pie, time for some special churned ice cream from Feldkamp’s and Sullivan’s Roseburg creamery.

Jason Reuven Kropsky recently migrated from the south coast of Oregon to Rain City, Seattle. In addition to enjoying the rhythm of rudimentary ink block drawings, he’s editing a collection of poems entitled Heimische Street. He misses the east coast and has the utmost respect for Dr. Fauci's pronouncements.

The Art of Painting a New York That No Longer Exists

Inside Anna King’s Photos of Pleasure and Tedium

Nicholas Loffredo Is Broadening the Definition of Queerness

The Moon, Desire, and the Pursuit of Joy

A Letter to My Young Self

The Most Unexpected of Gifts